Author unknown, publication date and source unknown. It’s assumed that this essay was written in the late 1950s, as it refers to the time Professor James G. Needham was looking for a place to build his home, and he, indeed, established the residence in 1907.

(Ed. just prior to 1907) a naturalist on the staff at Cornell University was looking for a place to make a home. He chose a glen at the foot of Thurston Avenue, which was even then a unique site. Geologically, the glen was the original course of Fall Creek cut in the period between the two glacial advances. The second glacier, moving from the north, shoveled a huge moraine into the channel and forced the stream to cut a new bed a block father south. The glen thus is an excellent example of a type of stream displacement.

In the glen is a large unfailing spring of cold water which caught the eye of the naturalist, and which pumped by hydraulic ram, was the source of water for his house for many years.

To the north, adjoining the glen, is a level upland area where the naturalist chose to build his house. This spot was one of the last camping sites of the Cayuga Indians. Here the Cayugas stayed because of the spring water, and from this location sold baskets to the villagers on the flats.

Three acres of the five (original to the property) were virgin woods, never cleared, when Dr. James G. Needham built his stone and stucco house fifty years ago. The glen remains virgin woodland today and contains many fine old trees. The changes through the years have been those brought about by nature and by the sensitive planning of an ardent naturalist who loved the glen.

The story of The Needham Glen must also be the story of the man who created it and who lived in the house overlooking the glen until his death in 1957. James G. Needham first came to Cornell in 1896 as a graduate student from Johns Hopkins University. He studied under John Henry Comstock, who, with two assistants, was giving courses in entomology and general invertebrate zoology in White Hall. Two years later he received his doctor’s degree, and went to Lake Forest College as Professor of Biology. In 1907 Dr. Needham returned to Cornell as Assistant Professor of Limnology, a new course of instruction in an expanding department about to move into larger quarters in Roberts Hall.

As a limnologist, Dr. Needham’s contributions to teaching and research were concerned with aquatic insects, the mayflies, dragonflies, stoneflies and cassis flies.

But the volume of his published work of a more general nature shows him to be first of all a naturalist and explains his love for the glen. He wrote a text, General Biology, a Guide to the Study of Fresh Water Biology, Life on Inland Waters, Aquatic Insects of New York State, and a more popularized book, Introducing Insects.

His Outdoor Studies, published in 1898, for grade-school students, challenged the powers of observation of youngsters and outlined suggestions for field study which Dr. Needham emphasized throughout his teaching career. The Natural History of the Farm was the basis for a survey course given students in the College of Agriculture at the suggestion of Liberty Hyde Bailey. A much later book, About Ourselves, best expressed Dr. Needham as a philosopher and is a charming exposition on the social order in the light of zoological facts. These essays were originally the lecture material in the Biology 7 course at Cornell.

In 1914 he became head of the Department of Entomology and carried on these administrative duties along with teaching and research until 1936, when he became Professor Emeritus. For many years after retirement, Dr. Needham went daily to his office in Comstock Hall, continuing his research on insect life. In 1946 he wrote an article for the National Geographic Magazine, An Insect Community Lives in Flower Heads, which illustrates the acuteness of his observations and the charms of his writing. In 1955 the University of California Press published A Manual of the Dragonflies of North America, a volume in which Dr. Needham took particular pride during his last years.

With the true naturalist’s feeling for the beauty of nature’s own harmony, Dr. Needham gradually developed his home site into a spot which one visitor described in these words:

The pristine “Maiden” sculpture mysteriously disappeared from “The Glen.”

“For sheer beauty, the glen is unrivalled in its naturalness and unspoiled perfection.” With three young sons to help, a building towards beauty began. The trails followed the easy grade cow paths, for, before his porch it had been a watering place for livestock. Drain tile transformed the mudhole below the spring to a sunlit terrace. Rocks from the steep slopes were used to build walks, pools and dry walls.

Far down the glen a picnic area with a big stone fireplace and an end of a myrtle terrace was built. At the other end of the myrtle just under a hornbeam tree is the sole piece of art which is man’s alone, a pensive prehistoric maiden by Charles L. Goeller, (Ed. the statue of the pensive prehistoric maiden, pictured here, has since disappeared) but the statue is in spirit a part of the place.

An outdoor classroom on the south slope complete with stone benches and a speaker’s stand had been used in years past by Liberty Hyde Bailey, Louis Agassiz Fuertes, Bristow Adams and Dr. Needham himself. The inspiration still lingers.

Little native animals, the chipmunks, squirrels and salamanders, have always recognized this spot as a refuge and during migration time, warblers take over the glen as their own. Cardinals nest in the hemlock hedge along the house, and wood thrushes sing from the shrubs. Here Louis Agassiz Fuertes made many of his observations on the ways of birds.

Additional plants were moved through the years into the glen, but Dr. Needham used great care in using only native materials and in placing each plant where it fitted. On the sunny bank of the gorge, dogwood and redbud blooming together in the spring make a breathtaking sight. In the deep shade the ferns grow lush and strong and the wildflowers flourish because they were helped along the way.

The plan was unhurried and was good, as any visitor to the glen today can affirm. The glen is an exquisite example of the creation of a place of beauty by nature with the guidance and selection of a naturalist. The feeling there is one of harmony and restfulness.

During Professor Needham’s lifetime, not only he, but many others on the staff at Cornell, brought students to the glen at 6 Needham Place. As a place where native plants grow in their natural habitat, it is unexcelled as an outdoor laboratory, and the primeval trees are not found anywhere around the campus in the numbers which can be seen here. Its easy accessibility from campus has made Dr. Needham’s Glen a favorite observation post for ornithologists and other biological scientists.

In later years, as Dr. Needham grew more frail in health, his concern for the future of the glen grew, and in 1953 he wrote:

“From the day when I first laid eyes on “The Glen” I have thought that it should some day come into the possession of Cornell University, and thus be preserved to posterity–.” It doubtless disturbed him that, not being a man of wealth, he could not see the accomplishment of such a transaction, but he often expressed the hope that “some day” this might be brought about.

The glen itself today seems an inviolate place, but the only way to guarantee its continued use as an outdoor laboratory and place of inspiration and study is to find a benefactor who is interested in its preservation as Dr. James G. Needham was in its creation. The capacious house located close to the campus would make a much needed residence for visiting naturalists and biologists, in a perfect setting planned by one of Cornell’s great scientists.

Swipe to view. Touch to zoom. 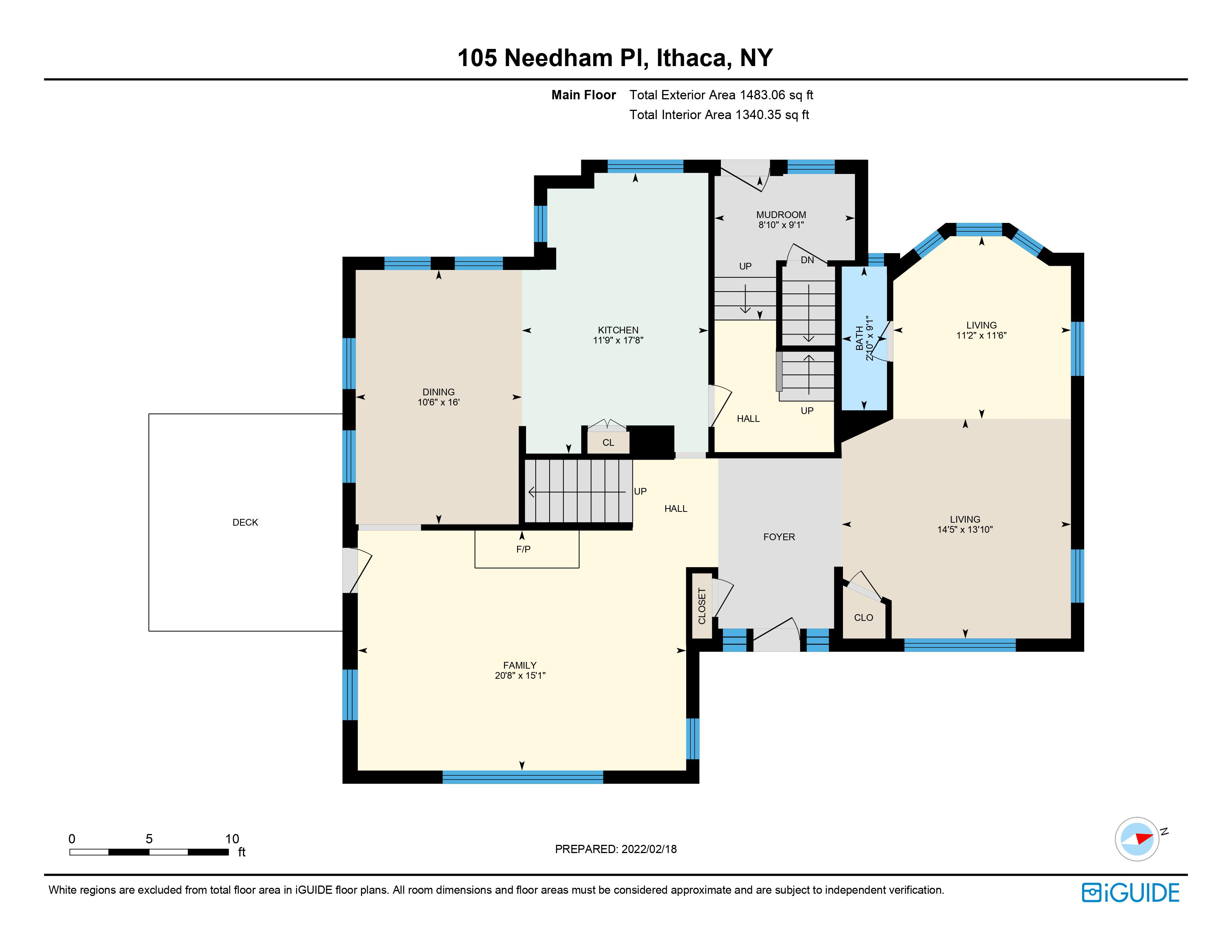 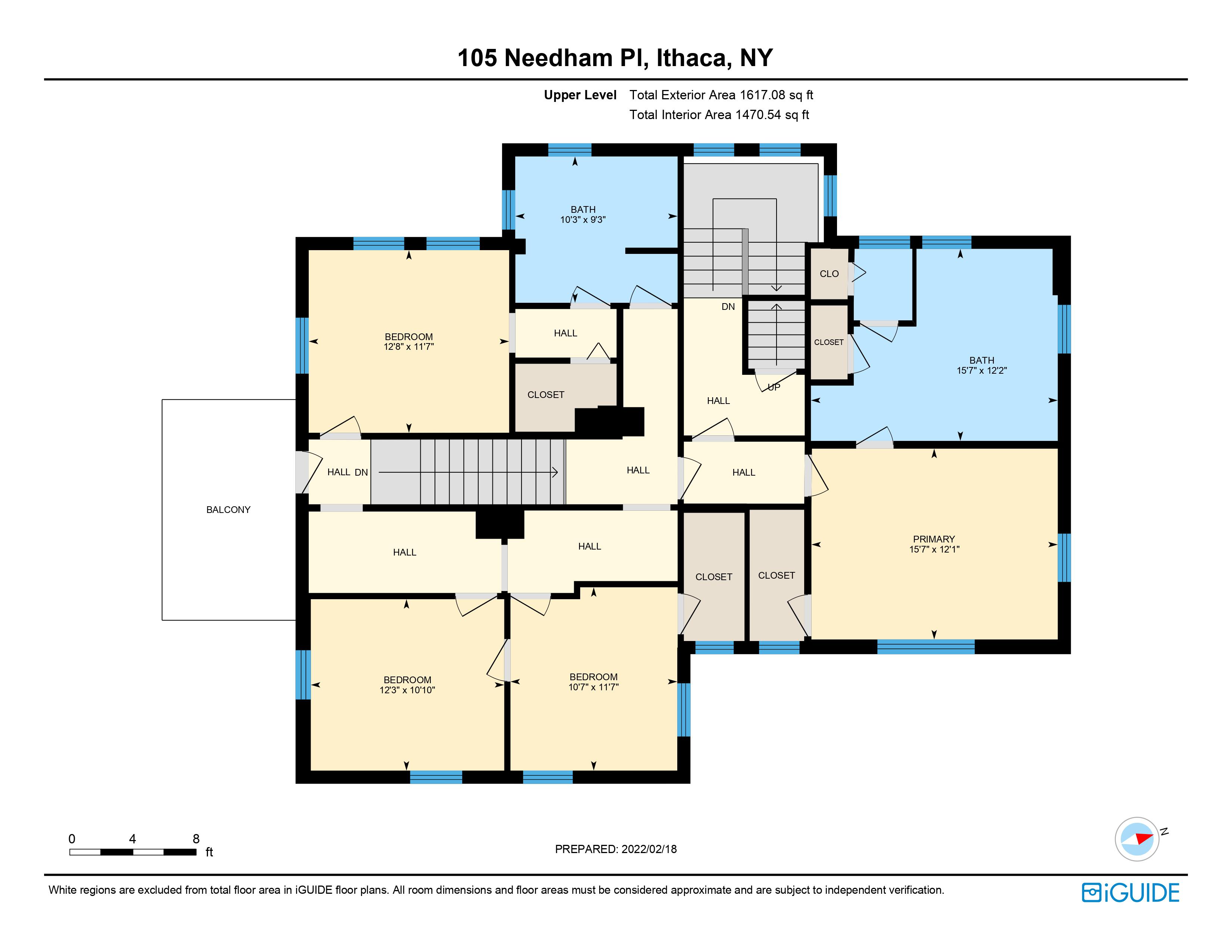 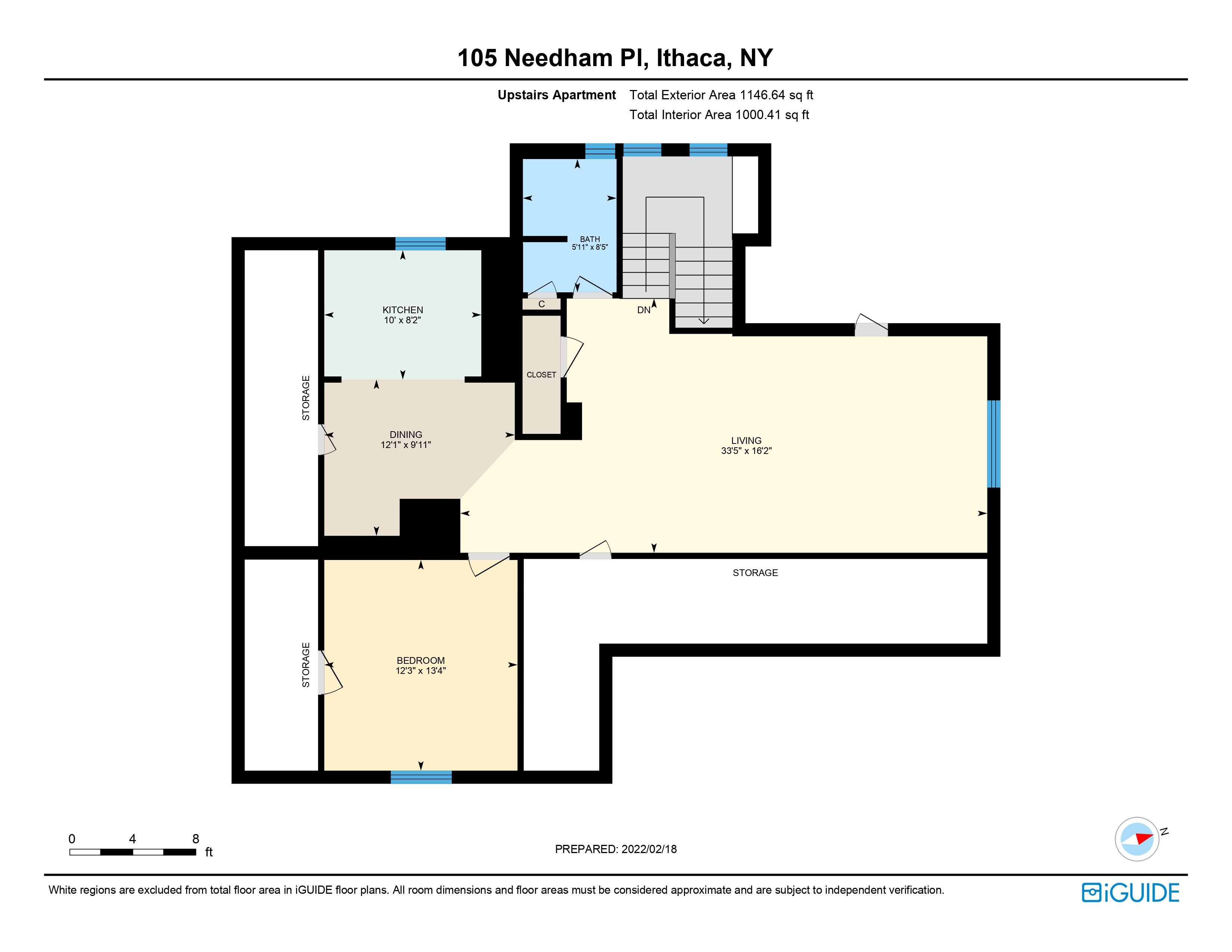 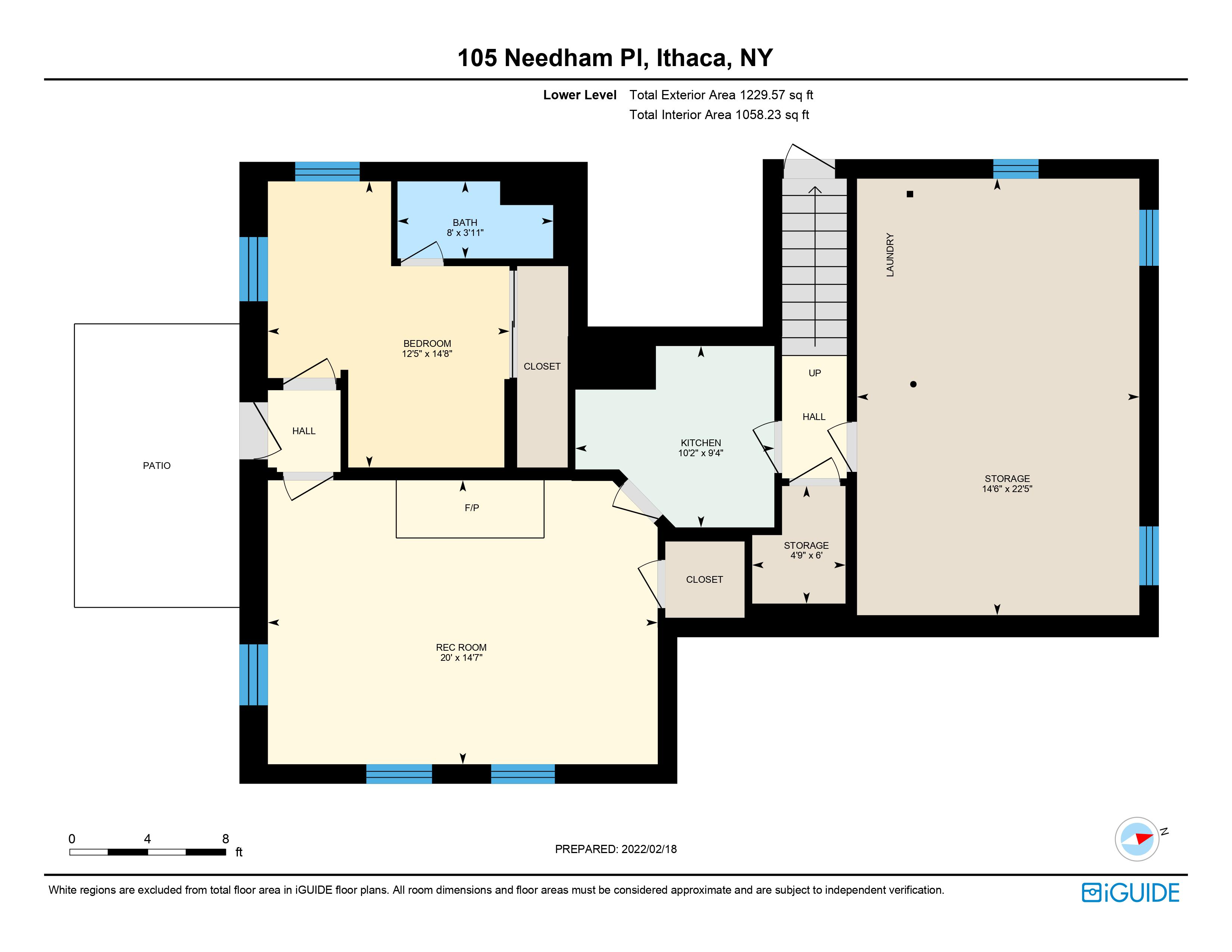 Survey
Cornell Heights History
No neighborhood or area info has been added for this property.

To exit demo mode:
Upload at least 1 photo
Add price & features
Assign an agent
Tip: For a great looking website, enter as much info as you can about this property in your admin panel.